From Our Warehouse to Your Adventures

The warm heavy inside air of the warehouse swirls with the unique melange of nitrogen, oxygen, hint of diesel fumes, and dust of the delivery truck as the bay door clunks to the roof . We are indeed ... there ... Campers Village. It is not an easy life. Trapped in a box in a box ... in a box. Tossed. Dropped. Pushed around the globe with no consult. Handled by countless, cared for by none. The front half of a retail product's life is not glamorous ... and then it reaches our warehouse and the party begins! No less than four or five Campers Village team members will carefully handle items that end up on our shelves, your gear lockers, and ultimately out on the trails/paths/lines/waterways of all your outdoor adventures. Each item is unpacked, inspected, counted, labeled, scanned, often repacked, and only then does it end up on a cart destined for a shelf in one of our Edmonton stores, or our Calgary location.

In the past year, the rush to get outside and enjoy the Alberta outdoors that we call our backyard, has substantially increased. From the jarring pause of the pandemic start, through March 63rd 2020, right up to a typically busy holiday season this winter, the past year has been substantially busier than usual for our entire team, especially the shipping / receiving team managed by Rhonda. Despite large portions of the world and population slowing down or stopping all together, the rush to the outdoors has led to a lot of fresh faces in our warehouse, more product to receive than ever before, and more workspaces to create or optimize — all in a very small time frame. Like so many local businesses in Alberta, Campers Village finds itself making decisions quicker than ever, often with less information, and more variables to account for. Working closely with all hands on deck at times, the shipping and receiving department of Campers Village has kept the shelves stocked, and the web orders heading out to delivery trucks during this — challenging — roller coaster year. I move through the winding hallways of our admin offices, emerging into the brightly lit, but shadowy warehouse as light falls off swiftly, blocked by high shelves stocked with product. The repetitive organization is immediately apparent. Seemingly aligned by a compulsive designer, the rows of towering shelves direct traffic and product alike through the maze. It is quiet back here, but a consistent shuffle can be heard softly echoing to the high ceiling from all corners of the massive room. An orchestra of movement. Jessi builds a fortress of Oboz boots around her. Jeremy lays out row after row of Smartwool socks, winning a mini game of laser tag with each one hitting it square with a rhythmic confirmation beep. Megan spins, and twirls, shuffling around her finely tuned shipping station.

Rhonda cracks a joke from behind her bank of monitors. The team laughs from their scattered locations in the warehouse. Surrounding us, the thousands of products that have made their way from all corners of the globe. Counted, inspected, and ready for a life of adventure outdoors. All that is left is for you to check off your gear list, book your campsites, and show them the life they have been built to enjoy. 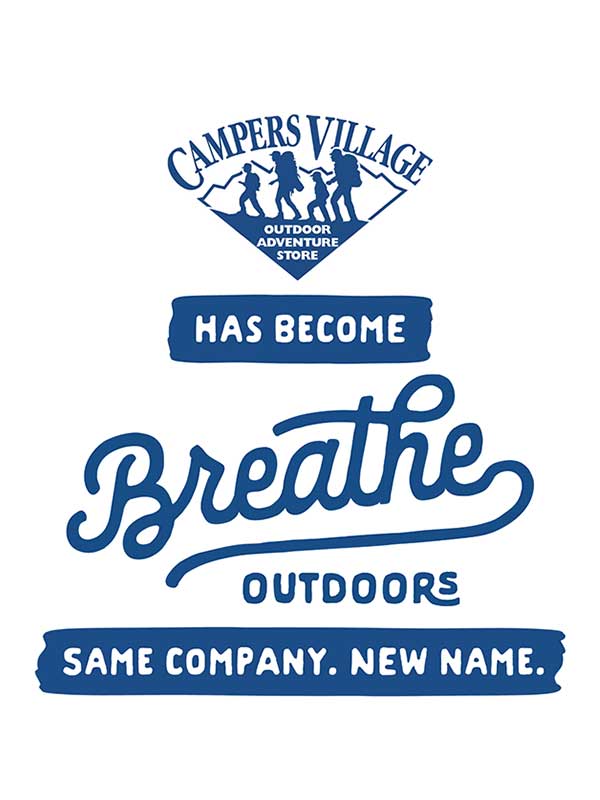 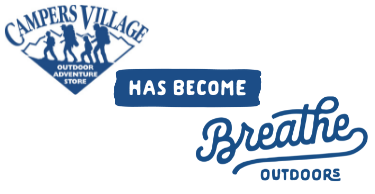 Want 10% off on your birthday? How about 10% off Parks Canada passes, books, and maps? Our subscribers get VIP treatment at Breathe Outdoors, with insider event invites, exclusive deals, and more. We promise we won't spam you and you are free to unsubscribe at any time.